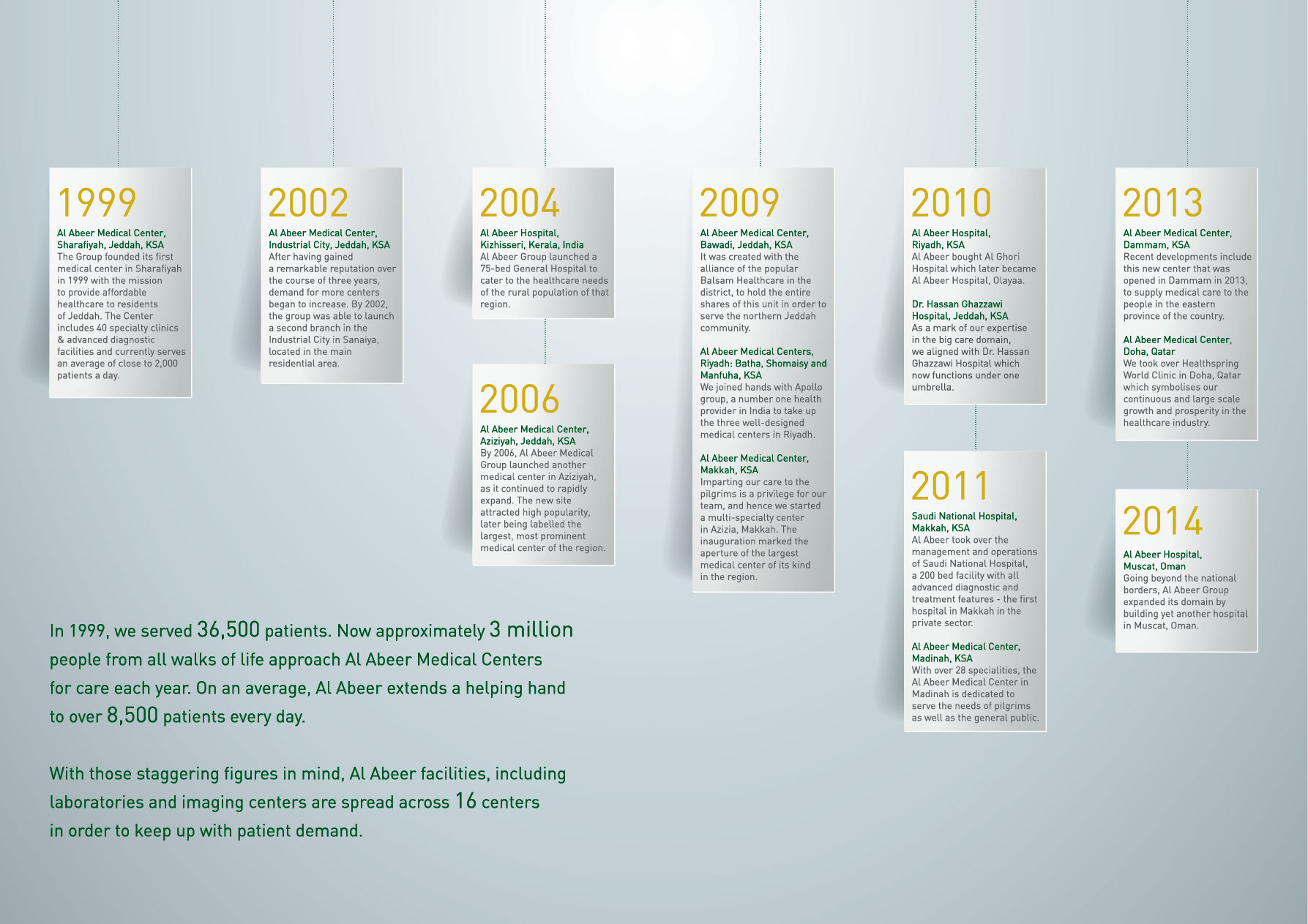 Al Abeer Medical Group has been committed to providing affordable high quality healthcare to the inhabitants of the Kingdom of Saudi Arabia since 1999. Owning and operating over 14 hospitals and medical centers in Saudi Arabia, it serves 3 million patients a year. It also owns and operates a high-end medical center in Qatar and has an upcoming hospital project in Oman.

Al Abeer Medical Group has created a reputation of excellence and efficiency in the healthcare space. Employing over 5,000 people from various nationalities, the Group has carved a niche in the affordable healthcare market due to its efficient management practices and high level of personalized care.

In addition to healthcare, which is the core sector, Al Abeer Medical Group has expanded to other areas including Media and advertisement, Information Technology, aviation among others.

The Founding shareholder of Al Abeer Medical Group is Mr Alungal Mohammed, a keen visionary and strategic entrepreneur who started his career in medical insurance and then ventured into the healthcare market with a vision for high quality affordable healthcare. He was recently awarded the OIC award in 2013 at the International Islamic University of Malaysia.

He is also a keen philanthropist and runs a 100 bed hospital in a rural village in Kerala, providing free medical care to the needy.