India has already marked its presence as one of the fastest growing economies of the world. It has been ranked among the top 3 attractive destinations for inbound investments. Since 1991, the regulatory environment in terms of foreign investment has been consistently eased to make it investor-friendly.

The continuous inflow of foreign direct investment (FDI), which is now allowed across several industries, clearly shows the faith that overseas investors have in the country’s economy. FDI inflows to India increased 17 per cent in 2013 to reach US$ 28 billion, as per a United Nations (UN) report.

The Indian government’s policy regime and a robust business environment have ensured that foreign capital keep flowing into the country. The government has taken many initiatives in recent years such as relaxing FDI norms in 2013, in sectors such as defense, PSU oil refineries, telecom, power exchanges and stock exchanges, among others. The same year, big global brands such as Tesco, Singapore Airlines and Etihad lined up to invest in India as the government opened more sectors to foreign investment.

Dividends are freely repatriable without any restrictions (net after tax deduction at source or Dividend Distribution Tax). 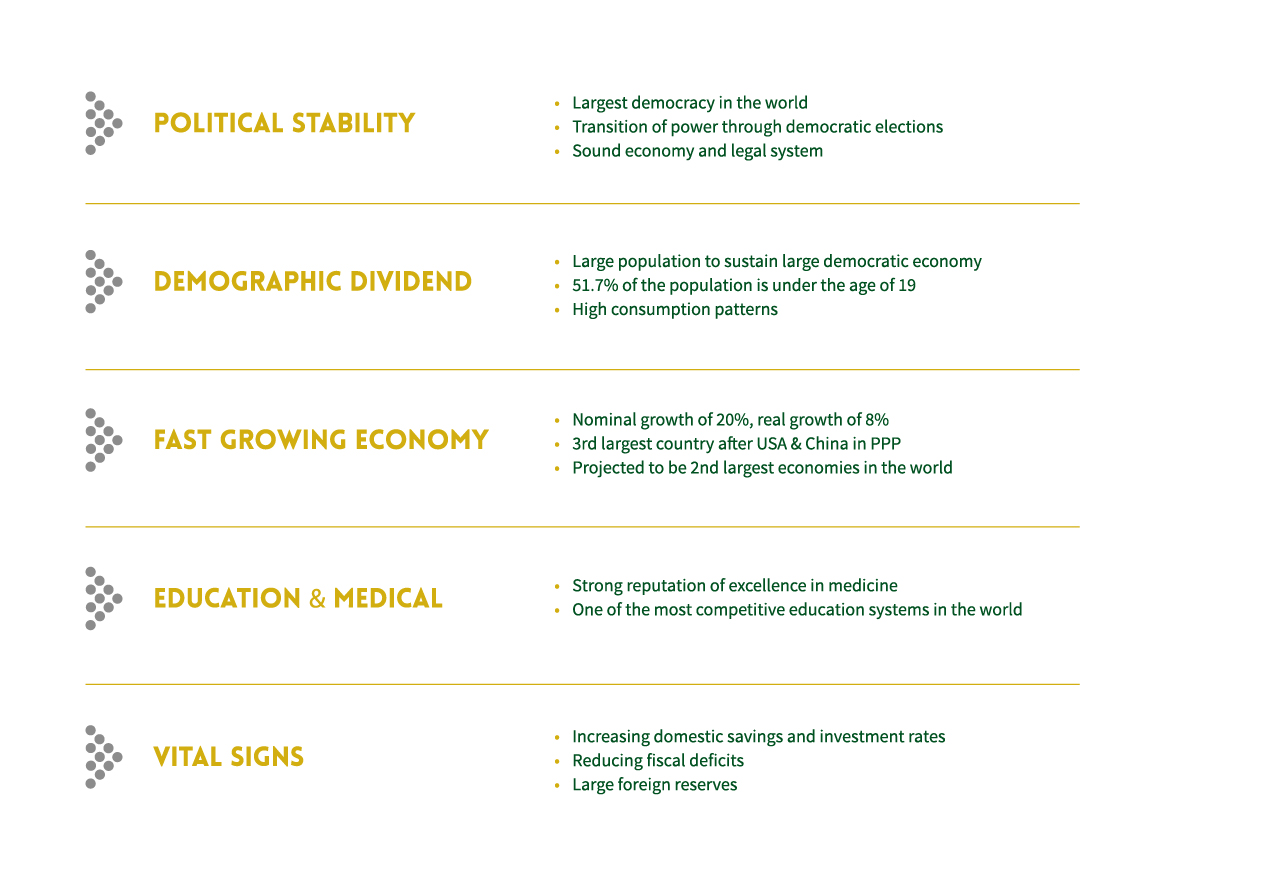 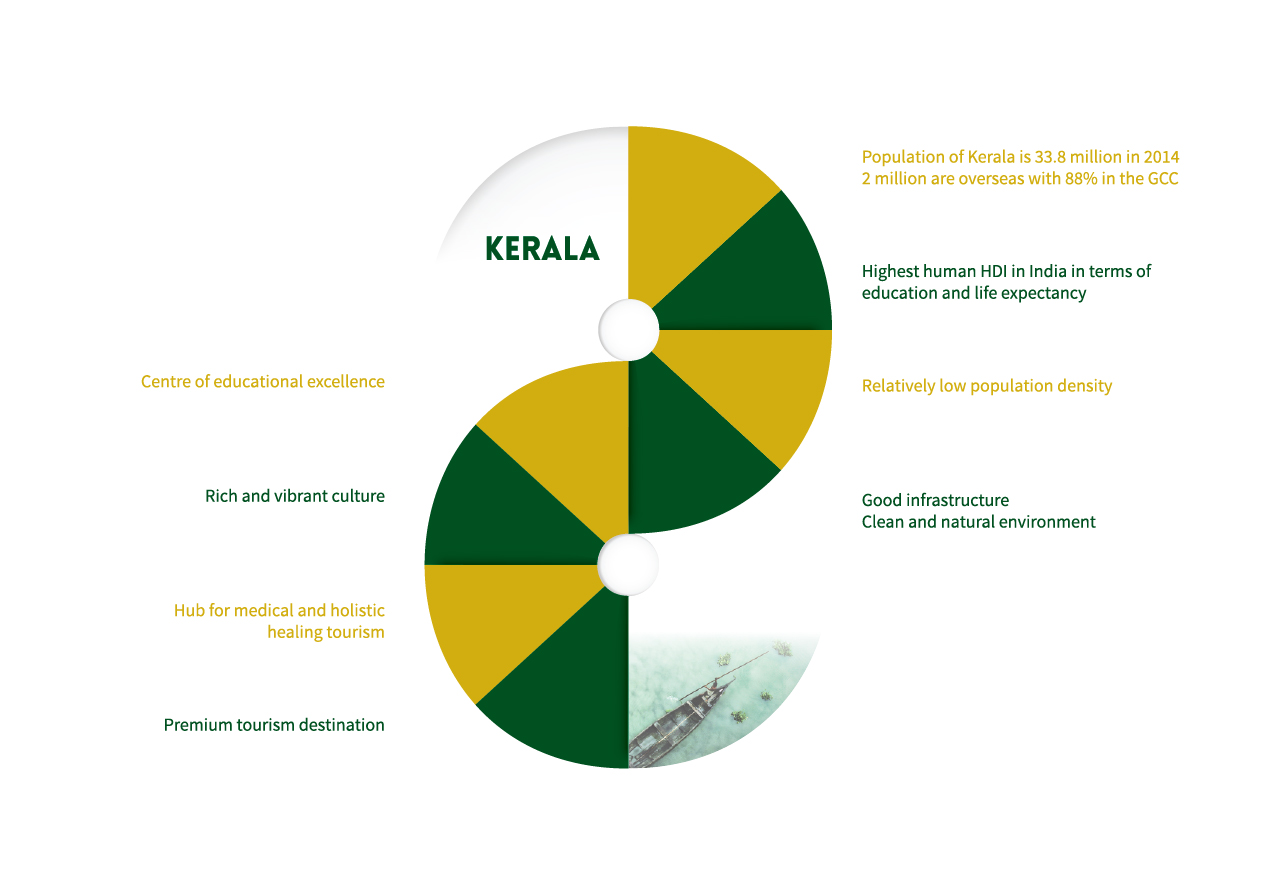 The uniqueness of Kerala

Kerala is a unique state renowned for its high level of education, health expertise and stunning natural beauty. India has one of the largest educational systems in the world with 500 million people below 25 years and an expected gross enrolment ratio of 21% by 2017. Kerala is the first State in India to be recognized as 100% literate. It is also the first state to fulfill the constitutional mandate of 1950 for providing free and compulsory education to all children until they complete the age of 14 years.

Kerala ranks first in the Human Development Index rating among other Indian states with the highest ratio of science and technology professionals. The geographical area of Kerala is 38,863 km², with 3 well-connected international airports, 200,000 km of roadways and 1,000 km of railways. Further, the state is gifted with some of the most beautiful natural habitats and resources on earth. With a high standard of living; it is a thriving place for potential investment