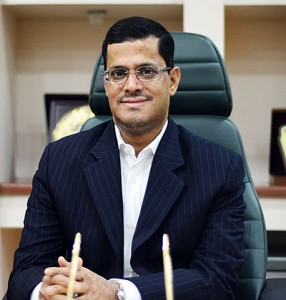 JEDDAH — Construction works of Al-Abeer Educity are progressing well and it will be partially operational in 2016, according to Muhammad Alungal, chairman and managing director of Al-Abeer Medical Group and Educity.

“Nearly 50 percent of the construction work of the 300-bed super specialty hospital, which is part of the 8 billion rupee project, were over. The hospital and international school will be ready by mid 2016,” he said.

Addressing a Meet the Press program here on Saturday, Alungal said that there have been very good investment offers from the business community, including individuals and corporate sector.

“We are planning to sell 40 percent of shares to foreigners and 10 percent for non-resident Indians (NRIs) while Al-Abeer Group will have 50 percent stake in the integrated medical and education city.”

He said that this will be the first campus of its kind in Kerala, and the project is expected to be formally launched within a couple of months.

“There will have all educational programs, a world-class international school, some specialty areas in engineering which are not available in Kerala, some special medical and management courses, in addition to the first five star Ayurvedic spa in Kerala in order to attract foreign patients and tourists,” he said, adding that majority of seats will be reserved for the NRI’s children.

About 90 percent of the paper works concerning project approval in various phases have already been completed.

Referring to the recent visit of Almaeena to Kerala, Alungal said that Almaeena becomes an ambassador for not only Educity but also for the entire Kerala.

He is soon visiting the state with a team of Saudi investors.

“During interaction with a lot of media people in the state, all of them asked him about Nitaqat and Saudization and the best answer he gave was that “don’t send your people to Saudi Arabia or any other Gulf countries but bring investors into your country and let your people work here.”

Launched in 1999, Al-Abeer Medical Group has now more than a dozen branches across the Kingdom, including Jeddah, Riyadh, Dammam, Makkah, and Madinah.